The risk of buying old toy catalogs is the chance that you’ll discover something that is very, very tough to find. That’s where I am at with these pages from the 1981 Takara catalog and the Pencil Shops toys shown at the bottom of the spread. Great, now I’m searching the web for these toys . . . whatever you do, don’t follow me down this path! 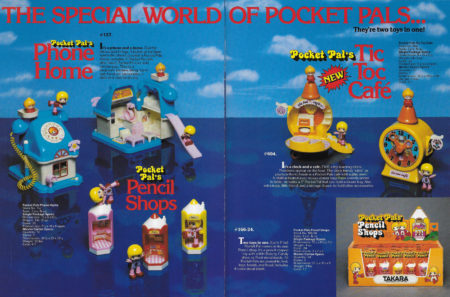 November 22, 1981. The Democrat & Chronicle newspaper of Rochester, New York, brings us a fantastic look at TSR’s Dungeons & Dragons roleplaying game on sale for the holidays. $5.99??? Wow! 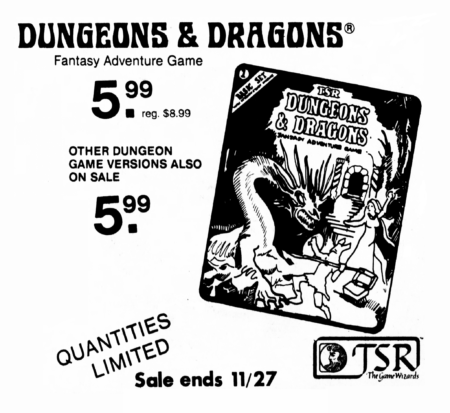 Work at the office continues on The Fantasy Trip RPG, and that means I continue to sort through old magazines, newspaper articles, and books about the roleplaying game industry in search of material about the game. I’m focused on the parts of the game we’re bringing back into print, yes, but I thought it may be a bit fun to share this 1981 advertisement (from Different Worlds #15) for the Treasure of Unicorn Gold adventure that was also a scavenger hunt. You see, Metagaming promised a prize to anyone who could solve the puzzle . . . a prize that went unclaimed. 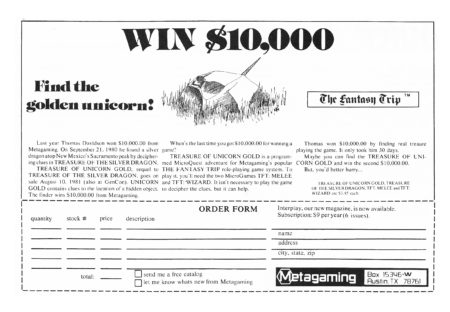 January 14, 1981. Alexandria, Louisiana, Town Talk newspaper. I remember getting comic packs at the grocery store and various other shops when I was a kid, but I had never quite realized just what a fantastic deal those packs really were. Three comic books for only $0.68 in 1981? That is insane!!! And even if we adjust for inflation, that’s the equivalent of $1.86 in today’s dollars. I cannot even buy a single comic for that price these days. 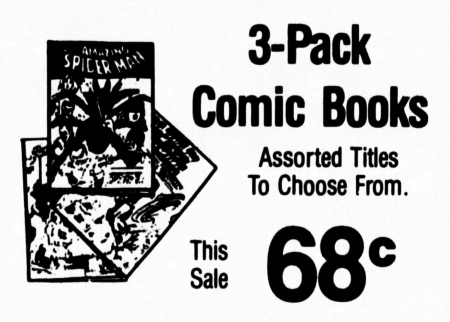 It has now been almost two years since I produced Action Figure Carrying Cases*, a 176-page book dedicated to the figure cases of the seventies, eighties, and nineties. The book was a blast to research, photograph, write, and generally create, and I am proud of the energy that went into the project and results. Even if I were starting the book fresh today, I doubt it would be as packed and fun as the final book turned out once I had finished. 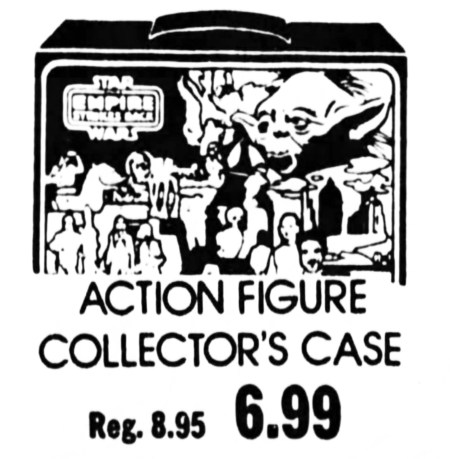 One thing that doesn’t appear in the book, though, is this ad block for the Kenner Star Wars action figure collector’s case that I uncovered in The Town Talk of Alexandria, Louisiana. Dated July 16, 1981, the ad shows off one of the two different vinyl carrying cases that Kenner created for the Empire Strikes Back line of 1980 to 1982. And yes, both of those cases do appear in Action Figure Carrying Cases*; grab the book today if you do not already have a copy in your collection!

I posted a short video for Tomy’s Little Van Goes yesterday, so it felt fitting to scan in and share this page from the 1981 Tomy catalog. Little Van Goes is listed for sale, as is the awesome Mighty Men and Monster Maker and a Tomy art kit I wasn’t familiar with before: Great Greetings. Okay, time I chase down that Great Greetings pack . . . I appear to be assembling a pretty complete collection of these different Tomy art kits from the early eighties. How did that happen? 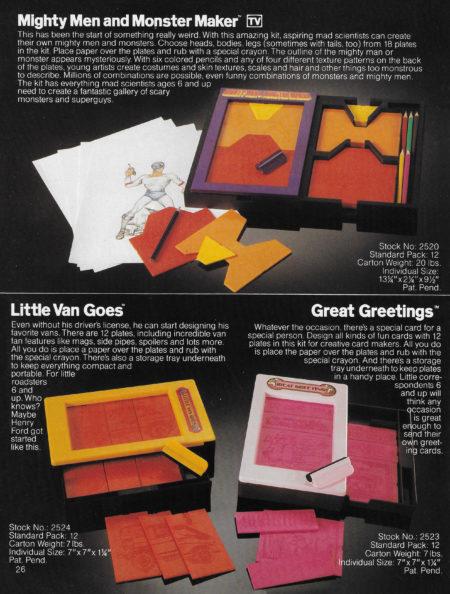 I recently chased down the 1981 Tomy product catalog which included a wholesale order form and price sheet, and I’ve since completely gone insane searching through the catalog and staring at all of the old Tomy toys and games. Page after page of classics, including this page featuring the wind-up Bumbling Boxing and Funny Football games! I still need to put together a video on these old games. 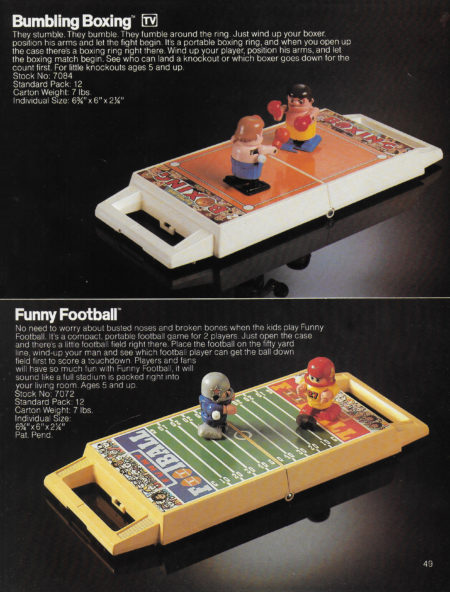 Uncovering that recent Penny Racers ad sent me back into the newspaper archives in search of the earliest information on the Takara line. I didn’t find anything earlier than that advertisement, but I did uncover this May 8, 1981, Mansfield, OH, News Journal ad where the Penny Racers appear as “summer toys.” And at just $1.19/each — the equivalent of $3.26 today — I’ll happily take all eight of the “different models to choose from.”