My second review of the action figures from the 2007 ToysRUs exclusive Land * Sea * Air box set* — see my Backblast review here for the first figure from the set — Deep Six continues our look at the G.I. Joe: Sigma 6 action figures (Amazon.com search*). And, since I really should do this, I’ll start with the box that all three toys were packaged in. 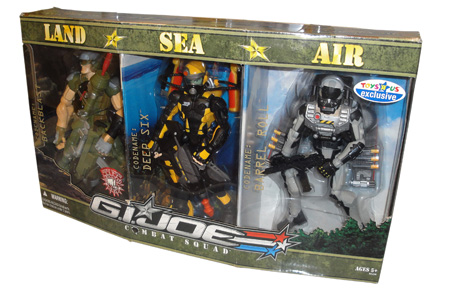 You can see the fantastic box in the pics above and below, and when you keep in mind that each of the three action figures is about 8-inches tall then you really start to appreciate just how big the box is. A great design — I especially love that Gianni Lopergolo photo on the back of the box — the box really helps sell the toys. And when you keep in mind that the set was $30 when it was new (according to the review at Sigma 6 Central) then the packaging — and entire set of toys — becomes far more impressive. 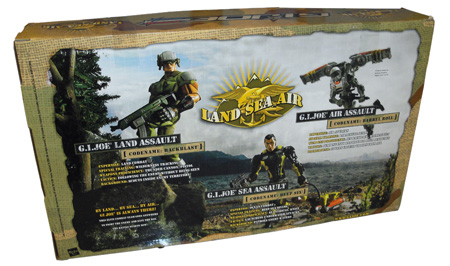 Just like Backblast (review here), Deep Six is a repaint of an earlier Sigma 6 action figure, this time the Sea Ops Duke. And again, without owning the original and the toy being all new to me, I find Deep Six far cooler than the Sigma 6 Central review does. I guess one real benefit to ignoring the series when it was first new is that every figure in this 2007 ToysRUs exclusive Land * Sea * Air box set* is a completely new toy for me. 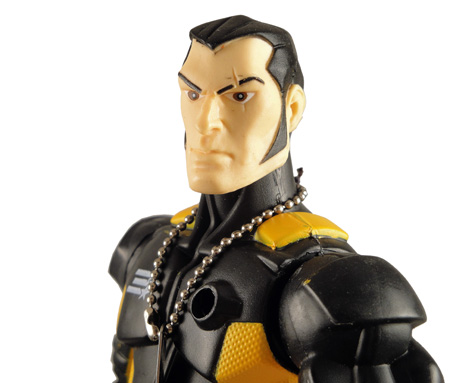 Exactly the same articulation we’ve seen in the other Sigma 6 action figures I’ve already reviewed. If you haven’t yet read those reviews then hit each one — Zartan review, Inferno review, Toxic Zartan review — and you’ll know everything I do about the standard Sigma 6 articulation. 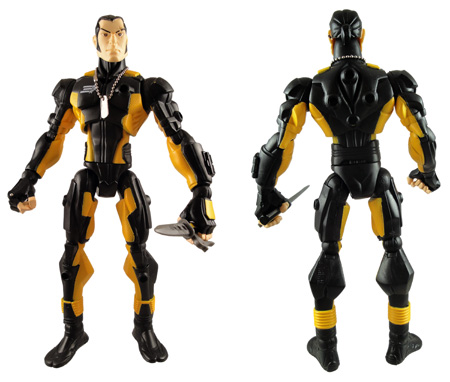 And this, like all of the Sigma 6 action figures that I’ve opened, is where things start to get really fun. 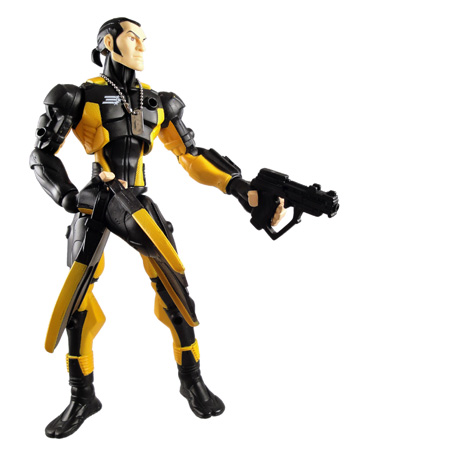 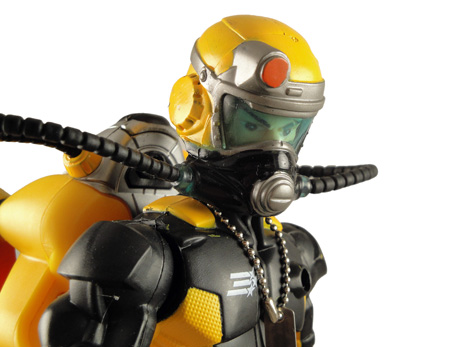 Deep Six has great colors, with the black and yellow accent design gorgeous to look at. There are a few nasty spots here and there — the worst is some yellow on a black shoulder — but the detail of the eyes kinda makes up for the few sloppy spots on the figure’s black body. Not the greatest paint we’ve seen, but I like the color choices and the bad spots are fairly minor and I can easily ignore them once the toy is displayed with the other figures in the line. 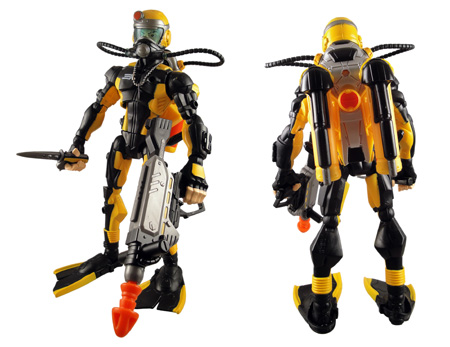 Considering how very new I am to the Sigma 6 series — any of you who have been following the site have seen how recent this obsession struck — I can say that the 2007 ToysRUs exclusive Land * Sea * Air box set* was a great buy. Three figures in a single box is usually a great thing, and this time around it’s three figures that have all made me quite happy. I can understand where an experienced site like Sigma 6 Central reviewing this set at the end of the line could be a bit disappointed with all of the parts reuse, but for someone like me this set is pure gold. 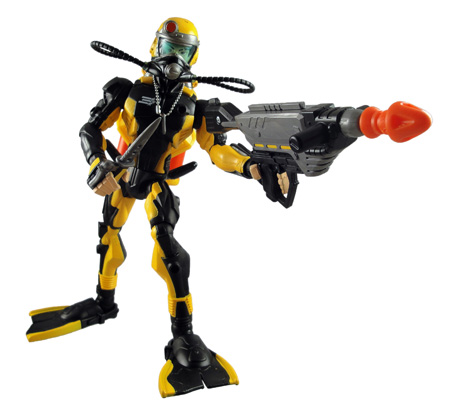